Persbericht - The Know Your Customer (KYC) activities of the Dutch fintech startup Safened are experiencing such growth that it will be rebranded as Fourthline. In the past year and a half, the company has performed digital identity checks on millions of customers for banks and fintechs like N26, Wirecard and Allianz. Experienced executives are now joining the company to lead Fourthline through the next phase of growth. 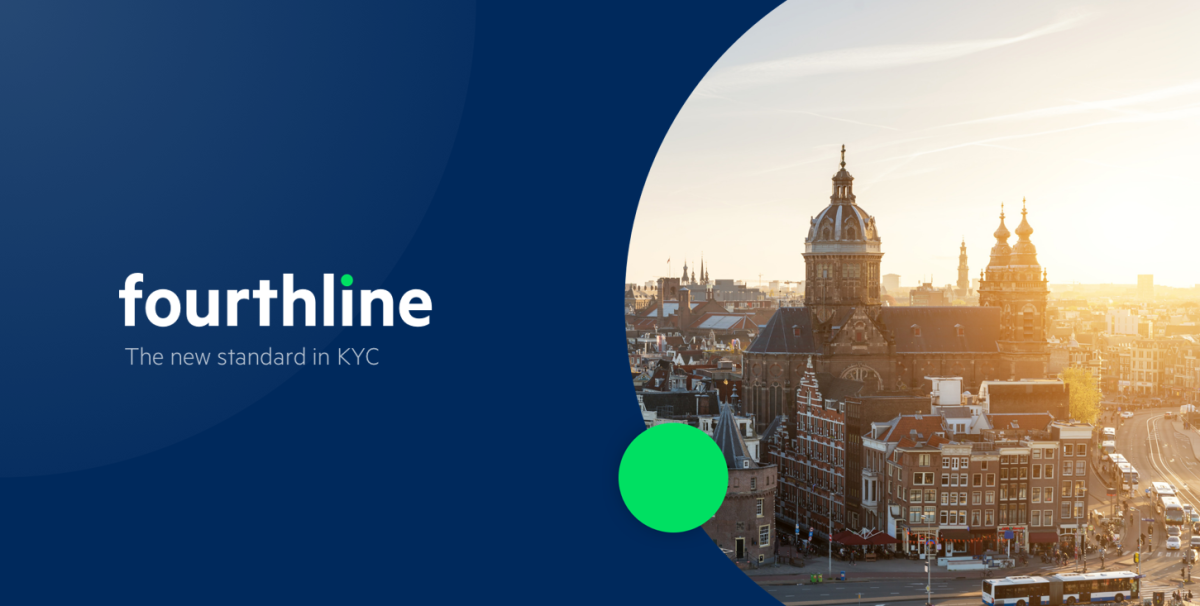 Exceptional growth in “the next $ 20 billion digital market”

The Dutch startup has seen exceptional growth in a short period of time. The international expansion of mobile bank N26, at € 3.5 billion one of Europe’s highest-valued fintechs, was made possible through the digital vetting or its new clients by Fourthline. At the launch of its KYC service for the financial sector at the end of 2017, Fourthline had fewer than 20 employees. This has grown to a team of more than 150, spread across offices in Amsterdam, Barcelona, ​​London and New York.

Fourthline CEO Krik Gunning said, “McKinsey & Company expects digital identity verification to be the next $ 20 billion digital market, because more and more vulnerable transactions are made online. There is growing pressure on banks to know exactly who their customers are and to combat fraud and money laundering. Fourthline can fulfill the role of gatekeeper for every financial institution. We make KYC cheaper for banks, easier for their clients and safer for society. “

Reinforcement from McKinsey, Stripe, and BlackRock

The management of Fourthline, led by Krik Gunning, will be strengthened with Remco Vlemmix (former partner at McKinsey) as Chief Operating Officer and Duco Van Lanschot (former European leadership of Stripe) as Chief Commercial Officer.

The Supervisory Board of Safened Fourthline B.V. has been supplemented by Leen Meijaard (former member of the Executive Board of Blackrock EMEA, Chairman of the Supervisory Boards of football club Ajax and Achmea Investment Management) and Eric Hollanders (former CEO of Bank Mendes Gans). Fourthline CEO Krik Gunning: “By strengthening the senior management and board, we can speed up Fourthline’s international growth.”

Know Your Customer and Digital Identity

Fourthline helps banks and fintechs with their gatekeeper’s function, by verifying the identity of thousands of new customers every day. In order to combat fraud and reduce the risks for financial parties, Fourthline performs hundreds of checks on, amongst others, the ID document, biometric data, device data, whereabouts, and global sanction lists. Fourthline has reduced the turnaround time of these digital checks to less than two minutes. The Fourthline method can also be applied to a bank’s existing customers.

Fourthline detects more than a third of the fraud by using technology that no other KYC provider has. Fourthline, as part of Safened Fourthline B.V., is regulated as an Authorised Payment Institution by the Dutch Central Bank and the Financial Conduct Authority.

Fourthline is one of Europe’s fastest-growing fintech companies for digital KYC. Trusted by banks and leading fintech companies, Fourthline verifies millions of identities for customers like N26, Wirecard, Allianz, Yolt (by ING), and many more. We provide best-in-class fraud detection, industry-leading conversion and compliance levels. Our mission is to protect the online financial system by using the most innovative technologies to develop the safest and most customer-friendly digital KYC solution. We share a love for fighting financial crime and building a beautiful product with a positive impact on the world. Fourthline is part of Safened-Fourthline BV, which is regulated as a payment institution by both DNB and FCA and offers a B2B deposit platform under the Safened brand. Our executive team has a combined experience of more than 80 years at top banks and consultancies. Investors include Finch Capital [1] and Rudolf Booker.

This website uses cookies to improve your experience while you navigate through the website. Out of these, the cookies that are categorized as necessary are stored on your browser as they are essential for the working of basic functionalities of the website. We also use third-party cookies that help us analyze and understand how you use this website. These cookies will be stored in your browser only with your consent. You also have the option to opt-out of these cookies. But opting out of some of these cookies may affect your browsing experience.
Noodzakelijk Altijd ingeschakeld

Any cookies that may not be particularly necessary for the website to function and is used specifically to collect user personal data via analytics, ads, other embedded contents are termed as non-necessary cookies. It is mandatory to procure user consent prior to running these cookies on your website.